Getting up to speed with testing on Drupal 8 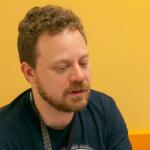 In this 4 hour workshop you will learn how to write your own automated tests in Drupal.

Drupal has a long history of using automated tests to guarantee its stability and prevent regressions. Every new feature or bug fix that is added to Drupal core requires a test to prove that it works as intended. This practice is also adopted by most popular contributed modules.

Starting with Drupal 7 automated tests were universally adopted, but it only supported writing functional tests for PHP code using our own "Not Invented Here" Simpletest framework. In Drupal 8 automated testing has been taken to the next level: in addition to the classic functional tests we now support true unit tests, Kernel tests (which are functional tests on steroids), browser testing and JavaScript testing.

In the first part of the workshop you will learn the basic theory of testing, and slalom around all the testing frameworks included in Drupal core:

In the second part you will learn to use Behat for testing end user behaviour: